How to organise your holidays as a single parent

We have done a few UK holidays, and I find them relatively straight forward to book and prepare for compared to going abroad for a holiday as a single parent.

Finding child friendly locations abroad, and an airline that will give you enough baggage allowance to take everything that seems ‘essential’ can be a minefield. I have taken my son abroad a few times, for short and long flights and I can honestly say they are some of my favourite memories.

First things first: where to go?

I couldn’t find a good site to find single parent abroad holidays, so I looked at major travel companies such as Virgin, British Airways and Tui.

The first big decision was which airport to fly from. For our first ever holiday abroad, I opted for the closest airport which was only a 15 minute drive away from home. Then choosing a holiday destination was the next big step. I spent hours (probably days) scrolling through thousands of holiday resorts, hotels, packages…

My son was only 20 months old so I didn’t want too long a flight time as I wasn’t sure whether he would settle for the flight, or be trying to run up and down the aisle! I chose Majorca based on it being a reasonably short flight, child friendly swimming pool and the beach just a stone’s throw away.

Other things to consider: transport when you reach your location, how child friendly is the venue and what is local i.e. restaurants and entertainment. If you need a passport for your chosen location (i.e. going outside the UK, I would advise doing this before booking anything).

Travel agents make the process less stressful (just remember they make money on it, so prices will be slightly higher than if you organise and book it all yourself).

Getting a passport for my son will be a breeze…. I thought naively….

The actual process took a lot longer than I anticipated. I had to get his dad to complete and sign a section (he is on the birth certificate and still see’s our son), we had to include our parents details on the form (dates of birth, when married etc) and then get a passport photo done. This in itself was a challenge.

I found a shop that offered ‘guaranteed passport approved photos’ including ones for young children. It was quite expensive (£15) but after 3 failed attempts using a photobooth, I considered it an investment.

They are less strict on the requirements of a young childs photograph, and I can honestly say that my son looked nothing like his photograph on his last holiday using that passport! I wish they still had children listed on their parent/guardians passport, that seemed like a much easier process than trying to get a 1 year old to look at a camera without pulling a face or blinking.

Next step: permission from the other parent

Consent to take your child abroad as a single parent is a bit of a grey area. A lot of it depends on whether the other parent plays a role in your child’s life or is absent.

My son sees his dad regularly, so I had to make him aware of our travel plans and I gained his consent.

I read very mixed information on this, as some research said I did not need consent for under 14 days and other sites said if I left the country then I needed consent. So consent was obtained, in written form and I photocopied our son’s birth certificate to prove I was his legal parent (he has his dad’s surname).

I would advise doing your own research in this area and seeking legal advice if you are in any doubt as to what consent you need, if any. I did get questioned by customs when leaving and entering both countries as to who the child was with me, and asked to confirm my relationship with him.

For us, cost played a big factor for the holiday. I kept upfront costs down by choosing a self catering apartment and taking some food items with such (we took food that travels easily such as crisps, biscuits, cakes, squash) this also meant I could buy an extra item or two with my weekly food shop and not notice the extra expense in one big hit.

We had breakfast and lunch in the apartment every day and went out for dinner. For the entire 7 days, we spent £165 on food including the shopping from the supermarket. That is the same as 5 weeks food shopping for the pair of us back at home!

What entertainment are you looking for from your holiday?

We were happy to play in the pool during the day or walk the 5 minutes to the beach. In an evening, we had a walk along the promenade to find a small restaurant or café for dinner and most places had some form of live entertainment such as a singer or a musician.

To save money, take things like nappies and sun tan lotion with you. I found nappies were expensive in Majorca from the local convenience stores and there wasn’t a bigger shop within walking distance.

The ‘essentials’: what do you really need to take?

I packed far too much for my son. I think I had prepared for every possible scenario! Three outfit changes a day incase of accidents, ice cream chaos, nappy leaks…. Half of it came back unworn. I took a vast array of his toys with us, most of which never left the suitcase as we were too busy playing in the pool or building sandcastles. I took his pram with me, because I thought it would be good for his naps.

The best item I took with us was his Snooze Shade for the pram, it meant he could have a nap without me worrying about him getting sunburnt. It also meant he wasn’t at risk of overheating after I had read all those stories of how hot it gets if you use a blanket over the pram to protect them from the sun.

I got our Snooze Shade off the internet after a friend recommended it https://www.snoozeshade.com/ it was lightweight and easy to pack. It also has a zip opening, so you can easily check on them whilst they are sleeping without disturbing them. 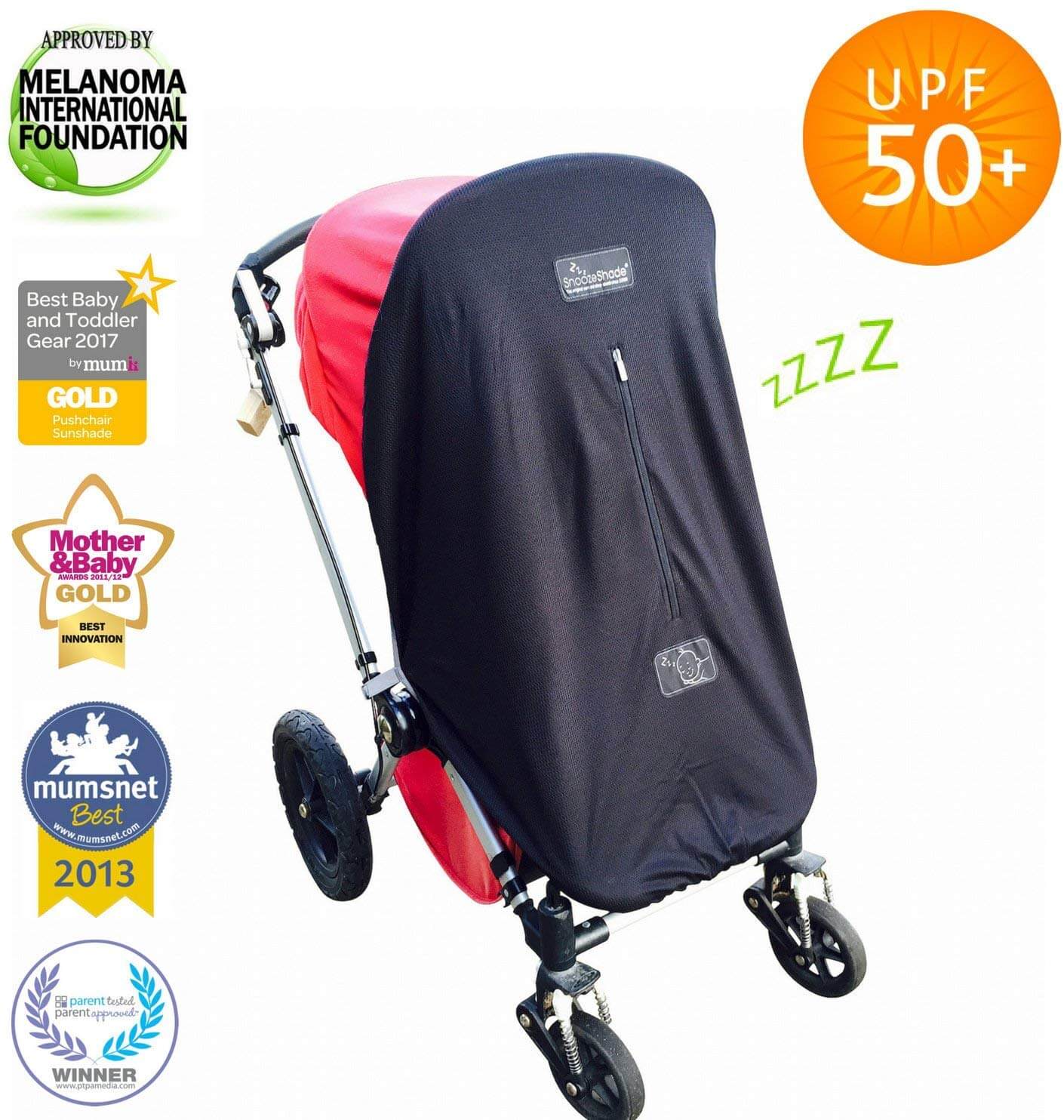 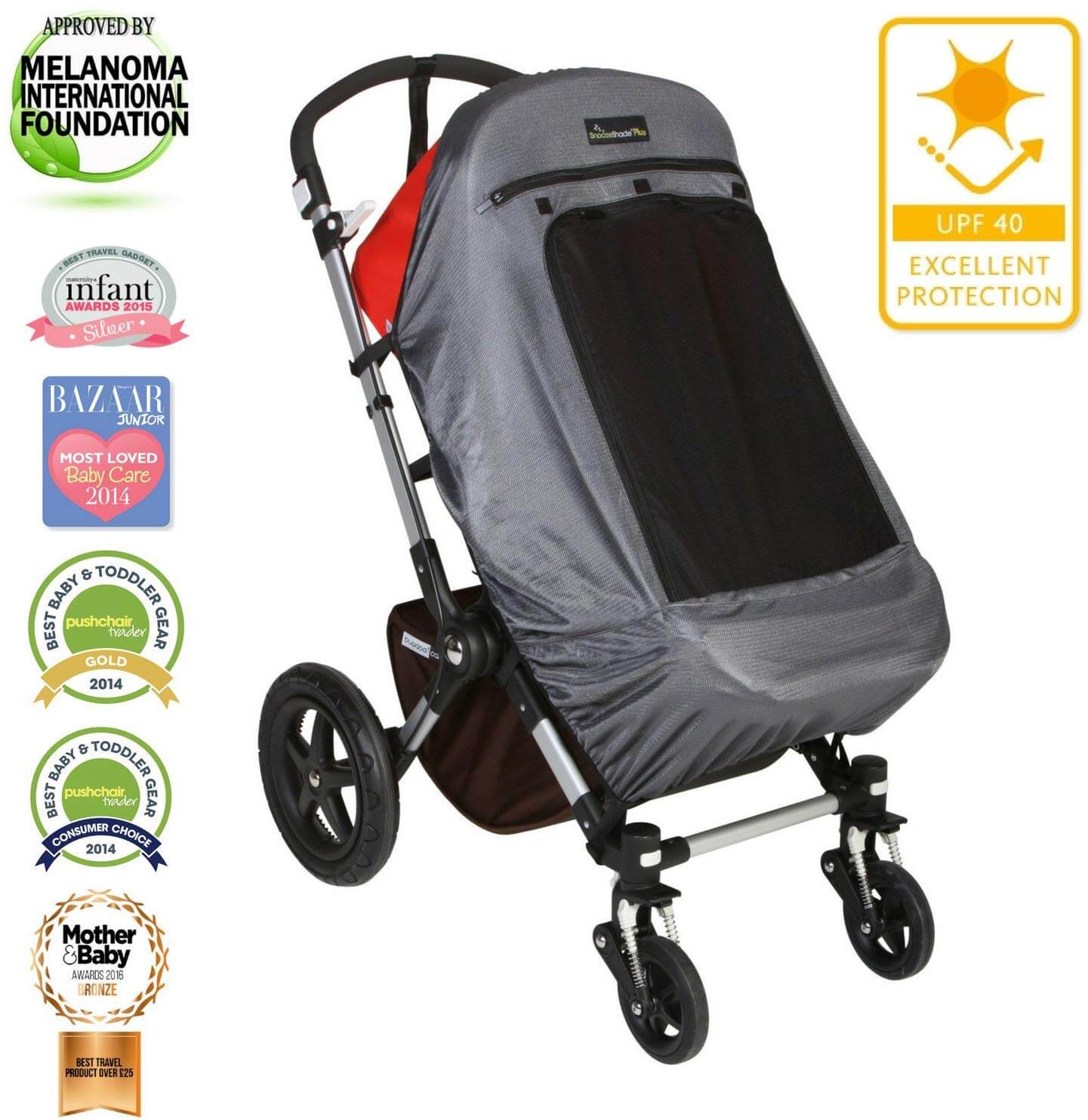 I also should have taken out shares in wet wipes before we left, as I got through about half a pack a day! They were essential for everything from wiping hands before an ice cream, to mopping up said ice cream, to wiping over tables before eating dinner.

I took my sons child-sized cutlery with us, which was an essential pack as I didn’t find any restaurants with smaller cutlery for children to use. We used the Tommy Tippee 3 piece set from Amazon. Just make sure they don’t take them away when they clear the table. I used to wipe them with a wet wipe then give them a proper wash back at our apartment.

Cutlery set designed for toddlers with chunky, soft grip handles. Lightweight and easy to hold, it will helps your toddler to move from soft handled feeding spoons to metal cutlery easily 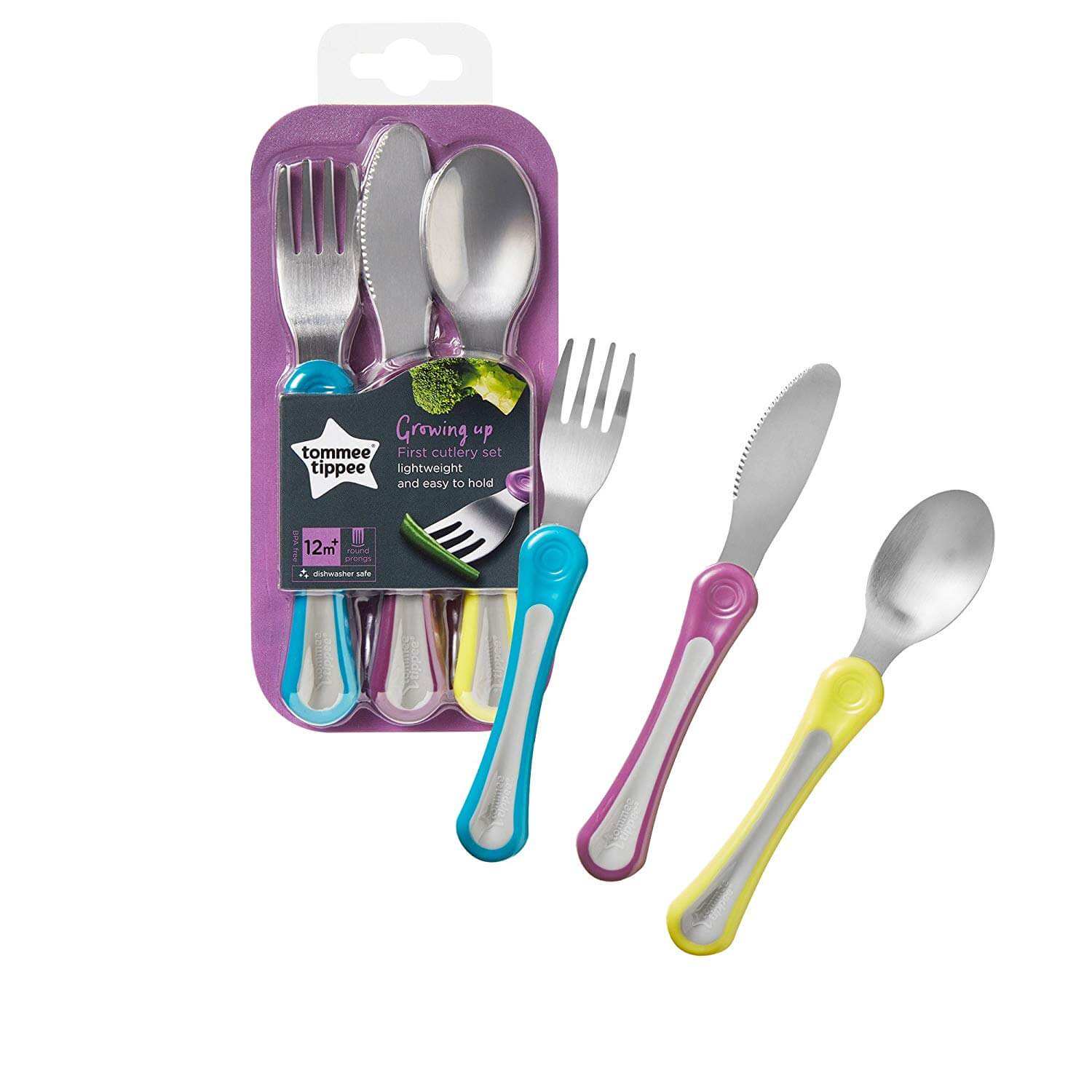 Surviving the flight: hints and tips

The flight was less stressful than I imagined but I think that was pure luck rather than anything else. Because of his age, my son didn’t require his own seat so the airline gave me an attachment to attach to my seatbelt.

It was tricky getting a 20 month old to stay still for take off and landing, especially when I couldn’t distract him using an app on my phone which usually works well when we have to sit still for a short period. However, once in the air and he could have a little bit of a walk and a snack, he was content and didn’t appear bothered by the new environment around him.

Other parents were less fortunate, and experienced tears for the majority of the flight, despite their best attempts at comforting and distracting their child.

A great tip that I read online, that my son did really like was the bag of surprises. Our bag contained 5 individually wrapped items that my son hadn’t seen before. They were just items from our local PoundShop – a new toy car, a drawing board, a soft toy that vibrated when you pulled the cord, a glitter ball where the glitter moved when you shook it, and a small wind up toy, but the novelty of them being new kept him entertained for a while.

I have since used this tactic on flights with my son now he is older but used items such as colouring books and magazines. It still works just as well 6 years on!

I would recommend going to the toilet before boarding your flight. Trying to squeeze into the toilet on the plane, with your child, is not an experience I would wish upon anyone. Also, if necessary, change their nappy right before you board the plane. The nappy changing facilities on the plane are very space limited, which is not ideal if you have an energetic child who doesn’t like lying still for nappy changes.

Photographs: you can never take too many!

Remember to take lots of photos during your holiday, especially if your little one is too young to remember lots of it. I must have taken 500 photos that week, the best of which I have had printed and they are in our holiday photo album. Ask other people to get photos of you as well, so that you are actually in some photos and not just selfies. Some great family photos are always a necessity.

We're constantly on the look out for every sale & discount and send you the best deals straight to your inbox. So you never miss an opportunity to get the best products at a bargain price!

Selective best buy, reviews and organisational advice to help make your life as a parent easier.

Want to ensure your baby is  always a step ahead?

We read every studies and bring you a digestive and actionable tips to help your baby develop its intellect and creativity to its full potential.